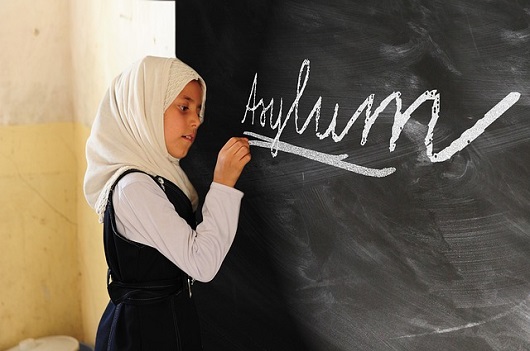 SOFIA, Bulgaria, 20 June 2017 – On World Refugee Day, UNHCR appeals to leaders and citizens in Bulgaria to protect and welcome refugees rather than discriminate against them.

“Bulgaria has a strong tradition of hospitality, and the women, men and children forced to flee their homes from war and violence need safety and protection now more than ever,” said UNHCR Representative Mathijs le Rutte. ”Refugees are not a threat. They are people just like us fleeing war, violence and persecution. We need to reach out to refugees rather than build fences.”

UNHCR calls on Bulgarian authorities to:

“Ending hate speech and xenophobia must also be a priority across Bulgaria,” Mr. Le Rutte said. “Many of the solutions are in our own hands,” he added. “All of us can act as individuals. We can devote time, donate, and befriend refugees. Every action counts.”

He also called on leaders and decision-makers from around the world to “address the root causes forcing people to leave their homes, including conflict, poverty and violence.”

Children make up more than half of all refugees in the world, and the number of refugee children travelling alone is particularly disturbing. So far in 2017, 1,800 people have applied for asylum in Bulgaria. Of those, 190 were unaccompanied children.

Every year on 20 June, the world marks World Refugee Day, a day to recognize the courage, resilience and contributions of refugees around the world. It is a reminder for communities and society as a whole to reach out to refugees with acceptance and support rather than discrimination.

So far, in 2017, 950 people have been granted international protection in Bulgaria, compared to 1,350 in all of 2016.  There are 2,000 asylum seekers now accommodated in the reception centers managed by the State Agency for Refugees.