JOINT STATEMENT on the Proposed Amendment to the Judicial System Act

President of 44th National Assembly of the Republic of Bulgaria

Chairperson of Parliamentary Group “Movements for Rights and Freedoms”

Chairperson of the Parliamentary Committee on Legal Affairs

On July 4th, 2017 a group of members of the Bulgarian Parliament filed a draft amendment to the Judicial System Act. Key proposed amendments are those to Art. 217 which restricts the funding of professional organizations of magistrates – judges, prosecutors and investigators, and of court employees. Sources of funding pursuant to the new paragraph 3 are limited to membership fees, property contributions and donations by the members. All other funding or appropriation of funds in any form is forbidden. According to the amendment to art. 195, para. 1, item 4, judges, prosecutors and investigators are allowed to take part in scientific and academic activity unless it is predominantly funded by a foreign state or foreign entity.

The wording of these limiting provisions is so broad that it does not allow for the funding of professional organizations, scientific and academic activity of magistrates even by the institutions of the European Union, the Council of Europe and the UN, other international organizations where the Republic of Bulgarian has voluntarily agreed to join. All of them fall within the term “a foreign entity”. At the moment these organizations are not funded by the state. However, through the new provisions funding by EU programs under which the state also receives funds, will be forbidden.

The amendments are motivated by obscure requirements related to the necessity to guarantee “independence”, “isolate outside interference” and “public benefit”. The reasoning however does not make clear what “independence” is taken in mind, by what “outside interference” and in relation to what should professional organizations of magistrates be restricted and what exactly the public benefit would be. It is notorious that the autonomy in managing the professional qualification is part of the judicial independence.

These restricting amendments to the Judicial System Act are unjustified, and the unclear reasons thereto are entirely groundless. They will undoubtedly restrain the right of association of magistrates on discriminatory grounds, will weaken their organizations and as a result will stifle the voice of these professional communities in the public sphere. That is why they violate art. 44 and art. 6, para. 2 of the Bulgarian Constitution.

Art. 195 of the Judicial System Act currently contains a number of limitations for magistrates to occupy particular positions, to be members of particular organizations and companies, and to engage in commerce. Some, although not all of these restrictions, are justified, because such formal contacts may give rise to conflict of interest and jeopardize the independence of magistrates while exercising their authority. Funding of their professional organizations however does not affect in any way exercising of such authority by their members. It aims to strengthen them for the purpose of better defense of their professional interests, which purpose they have been created for pursuant to art. 217, para. 1 of the Judicial System Act. Who in Bulgaria has an interest and gets any benefit from weak professional organizations of magistrates?

The restricting provisions of the draft bar professional magistrates’ organizations from seeking funding under a number of programs of the European Union, the Council of Europe and other sources, which have proven their beneficial effect on the organizational consolidation of these organizations, training of their members and publishing of literature, which promotes their professional advancement. Many of these funds have been specifically designed for this purpose, and blocking the way of Bulgarian magistrates to such funds, places them in a humiliating position compared to their colleagues in other countries.

The draft amendments encroach upon the qualification opportunities of the professional organizations’ members barring them from making use of “foreign state and entity” funding for this purpose. Moreover, it prevents them from disseminating their knowledge through teaching and lecturing their colleagues.

The opportunity for fundraising by nongovernmental organizations is an integral part of their right to freedom of association. In his report of April 2013 the UN Special Rapporteur on the rights to freedom of peaceful assembly and of association stated that “fundraising activities are protected under article 22 of the Covenant, and funding restrictions that impede the ability of associations to pursue their statutory activities constitute an interference with article 22” (See UN Doc. A/HRC/23/39, § 16). The draft amendments impose such restrictions to magistrates’ associations, nevertheless on discriminatory grounds, because such restrictions do not exist concerning other professional organizations in Bulgaria.

Due to the above, we, the undersigned representatives of Bulgarian non-profit organizations, turn to the members of the Parliament to vote down the proposed amendments to the Judicial System Act imposing restrictions on funding of professional organizations of magistrates and their scientific and academic activity.

Center for the Study of Democracy

Citizen Participation Forum (a network of 120 NGOs in the country)

Association of Parks in Bulgaria 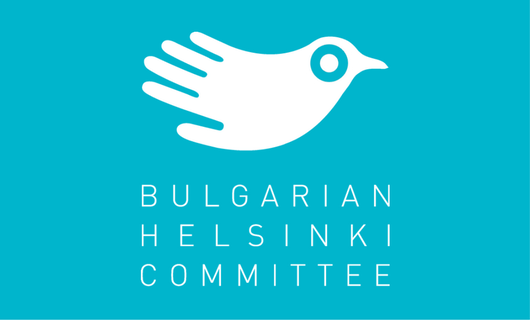