Between May and September 2016 the largest Bulgarian human rights organisation, the Bulgarian Helsinki Committee (BHC), received 33 reports of robbery, physical violence and degrading treatment of asylum seekers in Bulgaria by police officers. According to the reports, at least 600 people are affected but the actual numbers are probably. The collected data is based on BHC’s systemic border monitoring, including interviews with asylum seekers, which the organisation performs as part of its official agreement with authorities.

Compared to previous years, asylum seekers’ access to territory remains difficult. State policies and practices continue to treat people fleeing war and prosecution as migrants who leave their countries mostly for economic reasons. There are no institutional or practical measures to ensure any differentiated approach that would ensure access to territory and protection for those who are refugees or forcibly resettled from their countries of origin.

The most serious concerns regarding difficult access were a result of the often-used practice by authorities of indiscriminately pushing back migrants, among which are refugees. Various groups of asylum seekers reported throughout the year that the Bulgarian border police including the mixed patrols deployed for state border protection pushed them back into the Turkish territory not only from the border line but also from inland border areas.

The majority of received reports (80 percent) concerned the seizing of cash, valuables or even the food they carried without preparing a protocol upon the detention of asylum seekers by the Bulgarian police authorities. There were individual reports about inappropriate treatment by the police: using rude language, setting personal belongings on fire and strip searches.

A significant share of the reports by asylum seekers (around 45 percent) concern physical violence including knocking to the ground, kicking, beating people with batons and in one case - a handgun grip. In six cases, police dogs were used during the arrest for intimidation, which resulted in one case of a dog bite. In several other cases the policemen used warning shots (shooting in the air).

BHC reminds that in a similar incident on October 15th, 2016 the Afghani man Ziaullah Wafa, 19 years old, was killed after the border policeman Valkan Haralambiev allegedly used a warning shot and the bullet ricocheted killing Wafa. In June 2016 the Burgas Regional Prosecutor’s Office discontinued the investigation because the result of Haralambiev’s conduct was coincidental and could not have been foreseen.

In the last several years BHC, Amnesty International, Human Rights Watch and other international organisations have criticised the Bulgarian government for pushing back asylum seekers back to Turkey.

“Refoulement of asylum seekers, who are fleeing from war or persecution, is a violation of both national and international law. The received reports reveal actions, which constitute crimes, perpetrated by law enforcement officers and they should be investigated carefully and if proven, the perpetrators need to be punished accordingly. These reports were submitted to the competent organs and for some of them investigations have already been initiated,” announced BHC.

BHC calls on the competent authorities to control the behavior of the police and investigate thoroughly, promptly and impartially all reports of unlawful use of force by law enforcement authorities.  ♦ 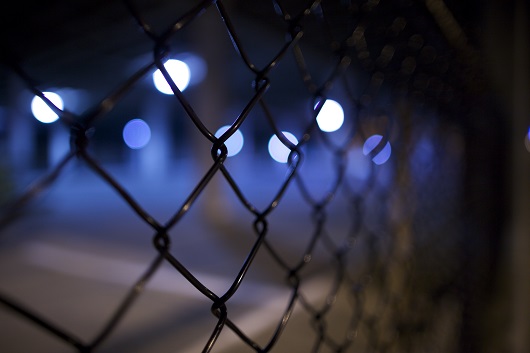