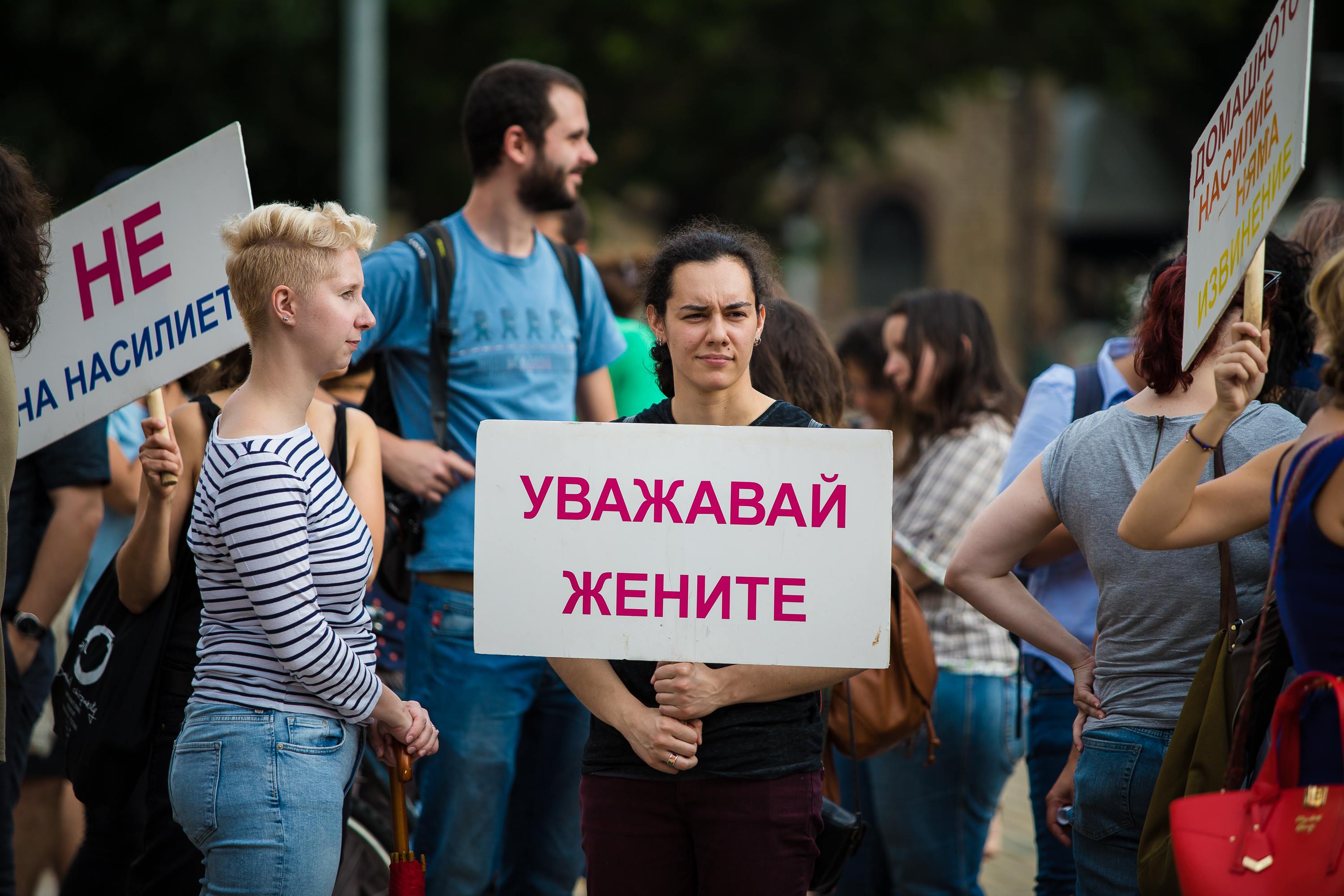 SOFIA, BULGARIA -- More than 30 prominent NGOs and individuals, working in the field of human rights, children’s rights, women’s rights and LGBTI rights, condemned the much awaited decision on Friday (27 July) by the Bulgarian Constitutional Court, which announced that the Council of Europe’s Convention on preventing and combating violence against women and domestic violence, known as the Istanbul Convention, is inconsistent with the Bulgarian constitution. They declared it the court’s “worst decision” to date.

With eight votes to four, the decision is a serious blow to human rights in Bulgaria and the integrity of the Bulgarian judiciary. In its ruling, the Constitutional Court claims that the term “gender”, used in the Convention, is misleading and introduces a concept that is incompatible with the constitution’s understanding of “sex”. The court reaffirms the view that “sex” is a binary concept, with two rigidly fixed options: male or female.

It disapproves of the convention’s definition of “gender” as socially constructed roles, behaviours, and activities, stating that it would blur the line between the two biological sexes. In this way, the court shockingly declares that “if society loses the ability to distinguish between a woman and a man, combating violence against women would only be a formal but unenforceable commitment.” The Bulgarian Constitution, the court ruled, understands social roles as deriving from the biological sex, stating that the notions of “mother,” “giving birth,” and “midwifery” are inherently female roles. It essentially propagates the same gender stereotypes that the Istanbul Convention is set to tackle.

The court claims that the Istanbul Convention introduces a hidden “gender ideology,” that teaches people they can choose their identity in contradiction to their biological sex. The phrase has been used by conservative politicians and activists across Europe to redefine reforms that would benefit women and LGBTI people as the “imposition” of a system of beliefs that threatens the traditional family and corrupts society.

The decision goes as far as to deny, though not directly, the right to protection and recognition of the identity of transgender and intersex people. It states that the Istanbul Convention would require the introduction of a procedure for changing legal documents of transgender people, which the Convention in reality does not do.

“The Court’s decision humiliated the Bulgarian institutions and Bulgaria as a member of the EU family, which is based on the respect for human rights. Most of all it humiliated women in Bulgaria. It is humiliating for the next generation of Bulgarian children, who will continue to grow in a country where violence is tolerated,” declares the statement from Bulgarian NGOs.

Around a hundred citizens rallied together on Friday evening to demand a commitment from the incumbent government to tackle gender-based violence in the country. Despite statistics that every other week a woman is killed, in most cases by a former or current partner or relative (93%), there has been close to no societal mobilization on the issue.

The process of ratification of the Istanbul Convention by the member states of the Council of Europe was accompanied by a careful review of its constitutionality by each one of them. So far, no national judicial authority in a member state has uncovered problems and internal contradictions that the Bulgarian Constitutional Court found. It is currently ratified by 32 states, including all other Balkan countries.

The decision comes after the parliament asked the Constitutional Court for an opinion on the constitutionality of the convention, following a national outcry over the language of gender roles, which resulted in the withdrawal of the treaty. The Istanbul Convention was fanatically opposed by the far-right group in the ruling coalition, the “United Patriots”, surprisingly alongside the Bulgarian Socialist Party (member of the Party of European Socialists), leader of the parliamentary opposition.

Information on gender-based violence in Bulgaria: